Of all the surprises I get when talking about 9 Grains, millet tops the list. I think of millet and its flour as a “stranger”; a food that’s familiar to very few. And yet most audience members express an awareness, if not downright familiarity, with this pretty and somewhat tricky food.

Perhaps this is because, as my mother pointed out when I went on a gluten-free diet in 2002, I was now forced to consume “bird food.” Bird seed mixes are loaded with millet, and our avian friends seem to love the grain. With (# of millions) of pounds of birdseed sold annually in the USA, it’s thus no surprise that so many know about millet.

Or maybe millet is known because of its long history. Centuries before corn entered the European diet my ancestors were enjoying millet. Centuries before then, people in millet’s origin region, what’s now China and Manchuria (check this), were cultivating and cooking with it. In our multi-cultural world it’s no difficult task to find a restaurant with millet on the menu or a store with bags of it on the shelves. One can, with a bit of searching, find the grain, the flour, puffed millet, millet cereal, even unusual varieties, such as Finger Millet. Or is it just me, finding millet everywhere because of relentless shopping and unstoppable curiosity? 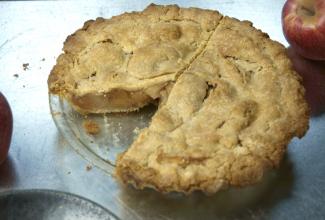 This double-crust favorite is a rustic take on the dessert that has graced American dinner tables since pioneer days. My version combines sorghum and millet flours in a crust "shortened" with butter and coconut oil, then hydrated with a blend of water, vinegar and honey. Apple choice is critical; Northern Spy or Lodi are the best choices for single-source fruits, but a blend of tart, sweet and spicy work well too. This recipe can be halved for a 6-inch pie. 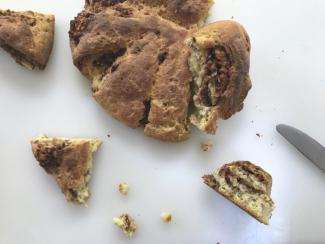 This bread riffs on sticky buns, Japanese Milk Bread, honey rolls and cinnamon rolls in a unique format. A soft millet dough is rolled around cinnamon sugar, then spiraled into a cake pan to make a dig-in-and-nosh delight.

Note:
This very soft dough is easier to handle if refrigerated overnight before rolling and filling. This option, if chosen, will require about 50% more time for the bread to rise. 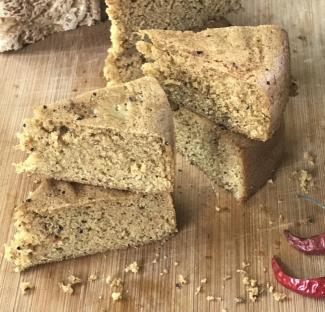 Dhokla is an Indian bread, related to idli on that continent, or tamales in the Americas. My 9 Grains take on the classic uses millet flour sweetened with honey and spiced with Thai chilies, black pepper and lemon zest. It produces a tender, slightly sweet but spicy cake-bread in about 30 minutes. Dhokla is an excellent complement to chile con carne or BBQ, and a nutritious snack by itself. 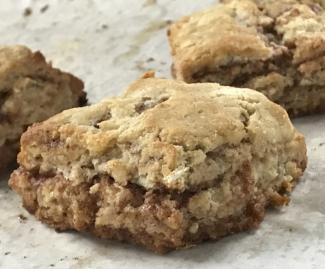 Standing at a crossroads between late-day dessert and breakfast sustenance, these biscuits are among the most fragrant treats you can bake, with an enticing aroma that seems to spread through walls. Case in point: When we baked them in our New Jersey shop, the dance studio next door would almost empty as salivating 'Tweens transferred themselves to our front door, asking, "Are they ready? Can we buy some?" 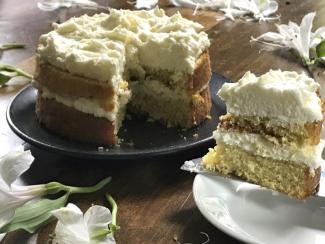 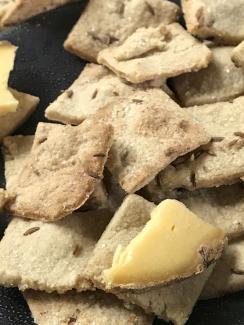 These delicious treats will not only use up any pre-dough left over from bread baking, but are tasty, versatile and easy-to-make. You can alter the amount of salt and spice, or change spices to meet your taste. They're really good with soft cheeses and paté. 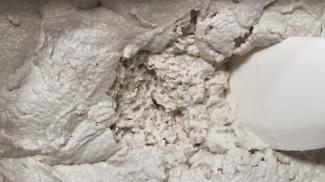 A no-fuss, no-maintenance starter can liberate the 9-Grains baker. There's no feeding schedule to keep track of, no commitment to a single flavor, no big deal if the flavor isn't quite what you wanted, no need to discard the leftovers. This recipe is as simple as it gets - a vigorous great-tasting, true sourdough starter made with just flour and water and ready in three days. 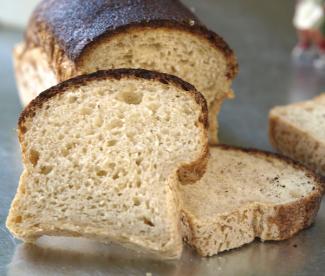 Tasty yet light, this whole-grain pan bread stars in both a plain version and a cinnamon-raisin adaptation. Built on a base of millet sourdough leaven, then tweaked with steps that improve dough strength and correct for millet's occasional bitterness, this could easily become your standard family bread, particularly since you can switch from one version to the next.