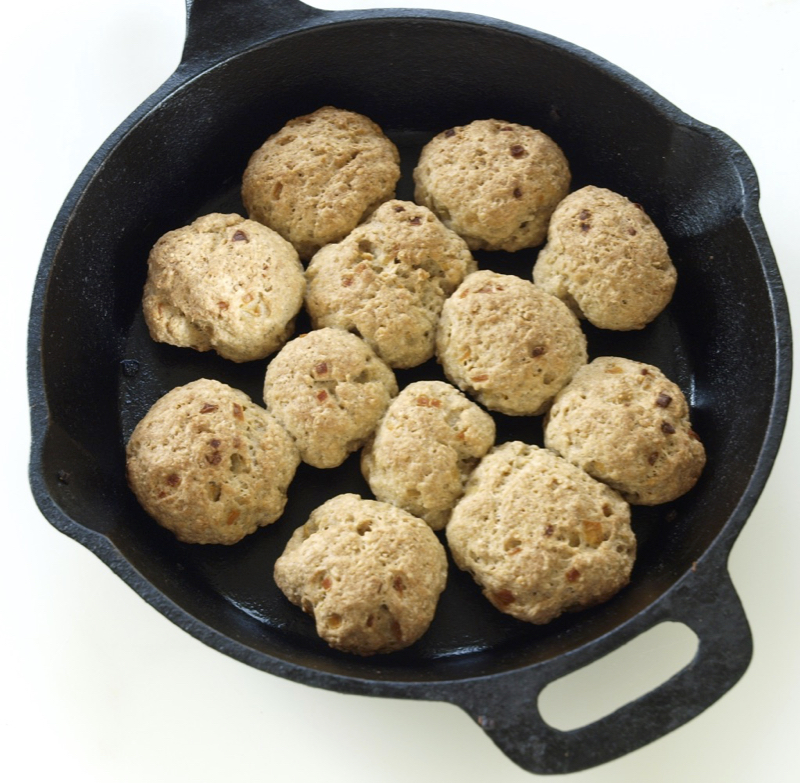 Return to savory in a small but delicious treat. These rolls use the same method that gives Japanese Milk bread a soft, moist crumb.

1)    Make the Tangzhong: Measure the amaranth flour, the milk and the water into a 1-quart saucepan. Place over medium heat while stirring slowly but continuously until mixture thickens to the consistency of pudding. Remove from heat and scrape into a separate small bowl. Let cool to room temperature.

2)    Heat oven to 350 F. While Tangzhong cools, sauté the onions in the 1 Tablespoon of butter until translucent and slightly browned. Remove from heat and allow to cool. Meanwhile, grease a cast iron skillet or line the interior of a cake pan with bakers parchment.

3)   Place the Corona flour, the xanthan gum,  the sugar and the salt in the bowl of a stand mixer fitted with the paddle attachment. Stir on low speed until ingredients are well mixed. Add the Tangzhong, the egg, the milk and the water and stir on medium speed  until a moderately stiff dough forms. Allow dough to rest 5 minutes, then scatter the softened butter over the dough and stir on medium until the butter is full incorporated and the dough becomes springy and slightly loose - about 1 minute. Add the onions and stir until incorporated. (see photo #1)

3)   Turn dough out onto a lightly oiled work surface. Knead, using a folding and flattening motion, until dough becomes smooth (there will still be lumps of onion). (see photo #2) Roll into a log and cut into 12 separate pieces. Roll each of these between your hands, forming round balls. Place these loosely on the skillet or in the cake pan. Cover with a cloth towel and place in a warm area to rise until doubled in size, about 90 minutes.

4)    When rolls have risen to the point of touching one another, bake for 55 minutes, or until dark brown and speckled with brownish-black onion sections. Remove skillet to a cooling rack and allow buns to cool at least 15 minutes before removing from the skillet and allowing to reach room temperature. Rolls should be eaten warm. The can be stored in a plastic bag or frozen. 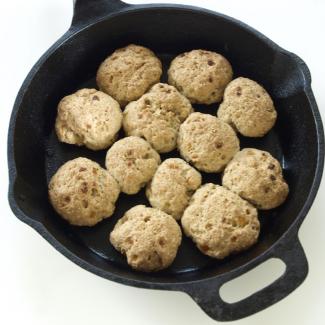